Bull elk are some of the biggest animals that a hunter can takedown. They’re fast, ferocious, and deceptively tough, a full-grown bull elk can weigh over 700 pounds, and tower over 6 feet tall. If you want to hunt one, you need a good grasp of what makes them tick.

Taking down bull elks isn’t a walk in the park, but it isn’t impossible once you get the basics down pat. Today, we’ll be talking about the best ways to take down a bull: using their rut to your advantage.

What Is A Rut?

“Rut” is what you call the elk mating season. From September till October – although that may vary by a few weeks depending on the weather – male elks (bulls) and female elks (cows) enter an elaborate courtship ritual. Here is how bull elk act during the rutting season:

Bull elks have to move fast since cows are only in heat for less than a day before they enter a two-week cycle of estrus. So if you decide to hunt during the rutting season, you’ll see a lot of bulls out there!

Why Is This Important?

Despite their size, bull elk are generally shy and hard-to-catch creatures. The biggest ones will often retreat deep into the woods to avoid hunters, and only the younger ones venture out to graze.

Hunting bulls during the rutting season has three key benefits:

The rutting season is the best time to hunt bull elk because it gives you higher chances of actually downing a large-sized animal.

How To Set Up Pre-Rut

If you’re serious about landing a big bull, then a good part of your time will involve preparation. Once you’ve studied all the ins and outs of how the process works, you can start setting up early to get the best catch. 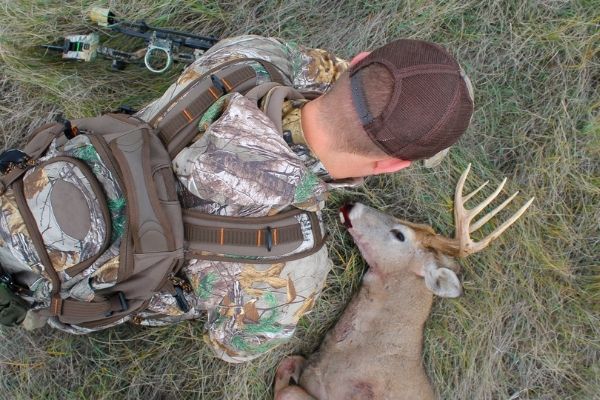 Look for waterholes. Bulls often return to watering holes while rutting to make sure that they’re evenly coated with pheromones. If you scout a good location early, you’ll have an easier line of fire at the bull without going through cows or calves.

Start during the evening. Rutting elks will be more active during the night, either mating or feeding well into the early morning. If there’s a particularly big bull that you have your eyes on, this would be the ideal time to learn its habits and other factors to make it easier to hunt when the sun comes up.

These are the two things that you can do to make sure that once daylight comes (and the legal shooting hours begin) you have the best odds of downing the bull you have your eye on.

Once you have eyes on your bull, be extremely careful drawing it out to where you can get a clean shot. An enraged bull is nothing to scoff at; they can cause serious injuries to even the most experienced hunters. 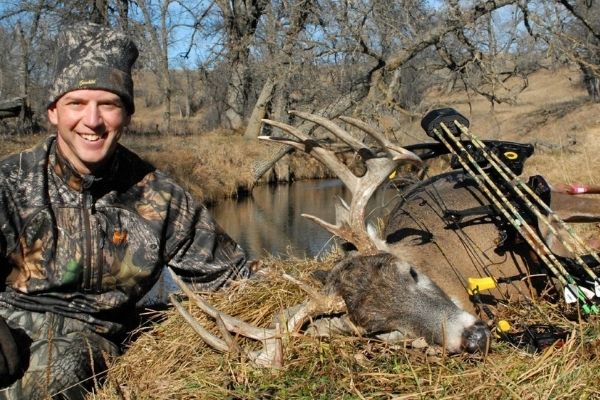 Here are some tips on how to hunt bull elks mid rut, as given by professional and experienced hunters:

Get a good guide. Guides can do more than just show you where to find bulls. More often than not, they’re your spotters for picking the best targets. They also provide you with a second set of eyes to rely on – very helpful since elk can be surprisingly quiet and tend to sneak up on lone hunters.

Understand your bugle. Bugling is the primary method of luring bulls towards you, but keep in mind that there are different ways to bugle, each with its own meaning. This is where studying your bull is key since some bulls bugle/respond to bugles differently.

There are three kinds of call that you can use:

Knowing how your bugle sounds and how it responds to other bulls increases the chance that you can secure a better shot. Just don’t overdo the call, or it’ll spook the bull.

If you’re a hunter looking to take home a bull-sized trophy, then the best time for you to hunt bull elk is during their rutting season. Just follow the tips we’ve outlined above and make sure your equipment is in good shape, and you’ll down your dream bull in no time!