If you are a pheasant hunter, the topic of hunting without a dog may interest you. Here is some information about hunting pheasants without a dog and some helpful tips for those who have never done it before.The first step to hunting pheasants without a dog is to know where they congregate in the wild. Wild populations live in fields with tall grasses because these areas provide enough cover for them. They also like open spaces with low underbrush, which provides more visibility when looking for prey such as ground-dwelling insects or other small animals.Hunting alone or bringing along an experienced partner can make both work but should be tailored according to your skills

Pheasant Hunting Without A Dog

So you’re thinking about heading out for a pheasant hunt but don’t have a dog to bring along? Not to worry, you can still do it!One of the most important things to know is that pheasants don’t like dense brushes or heavy covers. They prefer long grasses and open spaces for visibility, so you’ll want to hunt in such an area where they would congregate, usually around fields with tall weeds growing. Fair warning, though, hunting without a dog can be more difficult because these birds are fast and agile fliers who will keep their distance from hunters on foot. Still, if you’re willing to put some time into scouting out good spots before starting your hunt, there’s no reason why finding a bunch of them shouldn’t be possible. 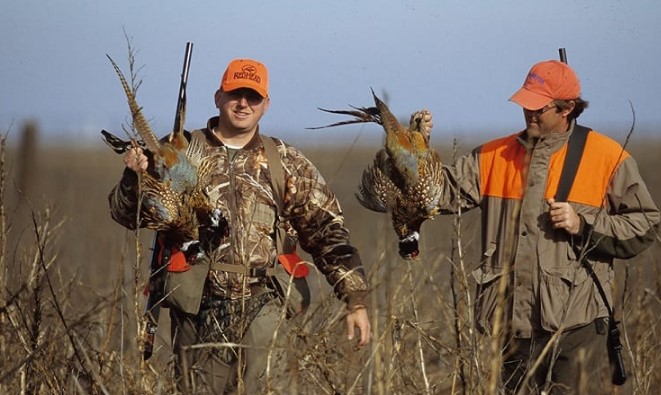 How To Scout Pheasants

One of the easiest ways to scout out pheasants is to find areas with long grasses and open spaces. You’ll want to look for places where they would congregate, usually around fields with tall weeds growing nearby.Suppose you’re having trouble figuring out good spots (or even finding any). In that case, one of the best things to do is get a topographical map of your area that shows relief so you can determine where pheasants are likely going to be living by looking at how high or low an area may be in comparison to other surrounding locations.Another thing worth considering is trying aerial scouting, which will allow you to overlook terrain from above and see wildlife more easily than on foot. Still, if it’s not possible, then remember: the longer wildflower grasses grow, generally is where you will find pheasants lurking around looking for an easy meal.

Drone scouting is relatively new to hunting but can be very beneficial if hunting alone. A drone can allow you to get a better understanding of the terrain you are hunting.Find an area where wildflowers grow long and high on one side but shorter with only patches in another direction. This will likely be where pheasants are congregating, as they love eating these easy meals while trying to avoid predators that live near them.If there is water nearby or other landmarks at hand, like rock outcroppings or creeks, it can also help determine which way the birds may have gone, but don’t let your drone get too close for fear of spooking away; any game!

Another great tool to use when pheasant hunting without a dog is a decoy. A pheasant decoy consists of a chicken or a turkey that has been dressed in pheasant feathers. Pheasants are very attracted to the sight of another bird and will try to get as close as they can to find out what’s going on; but be careful not to put your decoy too far away from where you plan on hunting because if it is seen before the game arrives then this may cause them to scatter. 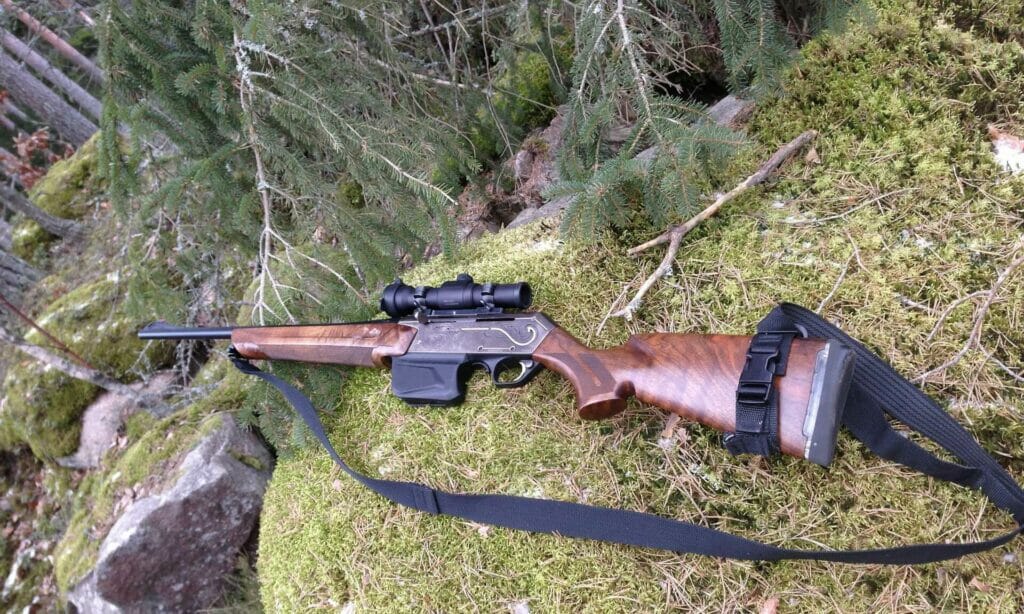 When you are pheasant hunting without a dog, it is crucial to track your catch once you have taken your shot. This can be done by using a GPS tracking device or by using an app to record your location. By doing this, you will be able to remember where the bird was and what direction it took off to relocate them for another shot if necessary.

Pheasant hunting alone is not recommended because stalking game on foot (or from a blind) without seeing any other people around you can be very frightening at times. Bringing along one of your friends or family members when pheasant hunting is always advised so that there are potential eyes out looking for signs of danger while also being someone to share success stories after getting lucky enough to get a nice catch!

The best time of day to hunt pheasant would usually be in the morning or early evening. The pheasant is most active during these hours and will be easier to spot than if you pursue them later in the day when they tend to blend into their surroundings more quickly and become more challenging targets for hunters.

Once you have killed your pheasant, it is essential to field dress it. You can do this by taking off the bird’s feathers and then gutting it.When you are field dressing a pheasant, make sure to keep your fingers away from its neck as this is an area where there can be bacteria that should not come into contact with people or anything else to avoid food poisoning!

How Many Pheasants Can You Kill On One Hunt?

On average, one person will typically kill between thirty-five and forty birds per hunt. This depends on how many shots they have taken at any given time though so if someone has been shooting more than usual, their bag could increase by five each outing. Conversely if they haven’t hit much, then they would only end up with about twenty-five catches.

Pheasant hunting without a dog is entirely doable. It would help if you remembered that they are a lot smarter than other birds and have some clever hiding spots. Remember to be safe and have fun on your hunt!