When people think about hunting, they often assume that you need to go after big game – deer, moose, elk. But the truth is that there are several small game animals out there as well! And if you’re looking for an exciting new hobby or just something to do on the weekends with your family and friends, then small game hunting might be right up your alley (I’d be going to grab my scoped 6.5 Creedmoor rifle)!

But before you get started, it’s essential to know precisely what kinds of species count as “small game,” which weapons work best for each type of animal, how much hunting gear you’ll need (and where to find it), and when the best time is to go hunting. Let’s take a look at some common types of small game.

Some of the most common types of small game include pheasant, cottontail rabbits, squirrels, and raccoons. There are also some other creatures that you may be able to hunt as well!

What Is The Best Weapon For Hunting Small Game?

The best weapon for hunting small game is typically some shotgun or rifle – but before using any firearm at all, it’s essential to make sure you have the correct license in your state. You’ll want something with more power than air rifles because birds such as pheasants can fly up into the sky if they’re startled by an unusual sound (like rustling leaves). Once again, check your local laws!

What Gear Do I Need To Go Hunting?

To go hunting for small game, it would be wise to take with you a variety of gear such as a backpack filled with foods and drinks, a knife for cooking the game (if you’re going to eat it) or cutting up the bait, binoculars if you need them to see your target better. You should also check what state regulations say about the animal being hunted before carrying any firearm!

What Seasons Is It Best To Hunt Small Game?

The best seasons to hunt small game are typical during warmer months – this way, there will be more animals out and about because they’ll feel safer from predators like coyotes. But some people enjoy hunting during wintertime when everything’s all covered in snow instead of leaves on trees so their prey can’t hide very well at all! Just make sure you have taken all the necessary safety precautions when hunting in extreme weather climates due to the winter or summer months. Both of these seasons bring their amount of risk with them.

What Animals Are Considered Small Game?

Some animals are considered a small game, and others aren’t. For example, squirrels, rabbits, raccoons, etc., all fall into the category of “small game.” But more giant mammals like deer or elk often don’t qualify because they can be hunted during a different season with more lenient rules on how to find them!

Where Is The Best Place To Hunt Small Game?

The best place to hunt for small game is just up to you depending on what type of animal you want to try hunting – it’s not always easy finding this information out before heading out onto your trip, so make sure to ask around where people in that area might take their hunting trips. Sometimes, the best spots for hunting small games are found through other hunters who have been working and scoping different regions for a long time. 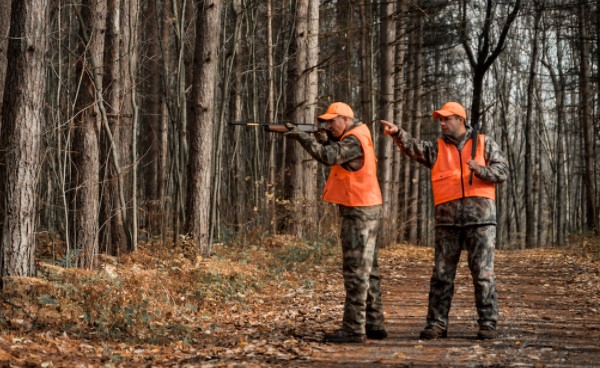 If you know what small game animal you want to hunt, or at least have a general idea of the type of environment it prefers for living and hunting, then we recommend looking into that area.Your best bet is going to be searching online for information on your chosen species as well – this might include identifying its typical habitat (which can sometimes change depending on the time of year) along with any other essential knowledge such as their preferred food sources in different seasons.

What Are The Best Seasons To Hunt Small Game?

The best season to hunt most types of the small game varies from region to region but typically fall into three categories: spring, summer/fall, winter. Four-season areas are also possible where hunters will find all four seasons presentable to hunt, but this is not often the case.

What Is The Best Time Of Year To Hunt Small Game?

The best time to hunt small game is usually dependent on the species, with some animals being more active during certain times than others. However, for general hunting purposes, most people agree that the following are good seasons: Spring (March-May), Summer/Fall (late May through October), and Winter (November-February). Four-season regions often offer all four seasons as well, but this is not always the case.

Hunters may want to consult online articles or books about their chosen type of animal to find out which month offers better opportunities for it. This detail will vary depending on where you’re located – if your area holds a mild climate, then you might discover you can hunt more often than not. This also can be true for more tropical locations – some seasons may be better for certain animals than others.

Hunters usually need licenses to kill an animal legally, and these are issued with varying degrees of ease depending on your state laws. Some states only require a hunting license if you’re under 18 years old or intend to sell any game that you catch. Other states might mandate fees every year no matter what type of hunting you do. It’s important for hunters who live in those areas to know their particular regulations before they go out into the wild!

Best Time Of Day To Hunt

It is known that the best time of day to hunt includes the hours between first light and midday. This would be the time when most animals are out roaming about, living their lives as they please without any fear of being caught or killed by a hunter.

Small game hunting is no different than other types in that there are various places where it can be done, but some might have more potential for success than others. For instance, many hunters favor going to fields with plenty of cover- such as trees and shrubs – because these will usually attract small animals who come out to feed during daylight hours. Hunters should also make sure they pack all necessary equipment before traveling to their chosen destination; this includes things like binoculars, ammunition, food rations, and water! Don’t forget to bring water along on the hunt with a lot of walking and depending on whether it can become easy to get dehydrated fast.

Hunting small game can be incredibly fun and rewarding. Remember to practice safety first and pack all necessary equipment before going out. Happy Hunting!