If you want to hunt big game, you need to be equipped with the right rifle! You need a rifle that’s powerful, accurate, easy to use, and versatile.

One of the long-standing favorites is the .300 Winchester Magnum. It’s a long-ranged marvel of modern ballistics that can shoot over 500 yards without losing power. Used by pros and amateurs alike, this cartridge packs a heavy punch suited for most hunting rifles.

Sounds interesting? Here is everything you need to know about the. 300 Winchester.

The Story Of The .300 Winchester

Winchester created the .300 as flexible ammunition for hunting rifles, designing it to take down big and small game alike. Using the .338 as a starting point, they shortened the case by ⅛” and moved the steep shoulder junction forward by .156”. 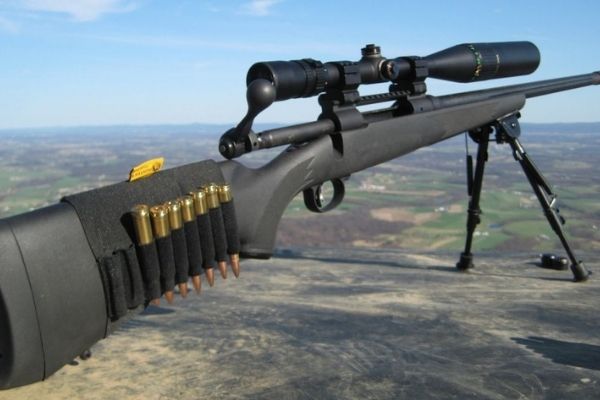 This was a bit unprecedented. Most experts back then argued that a longer neck was necessary to hold the bullet in alignment with the axis of the barrel. The .300’s short neck (less than a bullet diameter) was seen as a design flaw that could affect the gun’s capability to shoot straight for further distances.

But Winchester took the risk anyway and released their first .300 magnums around 50 years ago, where it was picked up by many open country hunters. Because it was much lighter and shorter compared to other rifles, it handled better for hunters who often went after big game.

The .300 was a magnum caliber gun that was more affordable than other receivers on the market, designed to fire .30 caliber bullets that hunters were already experienced with, and designed by Winchester, one of the biggest names in the industry.

What Are Magnum Cartridges?

Magnums are bigger, beefier versions of your standard cartridges of the same caliber. By making a few minor adjustments to the rifle, the casing, the scope of the barrel, and the powder capacity, magnum firearms can deliver high-velocity, high-impact rounds at much farther distances.

Why Choose The .300 Winchester?

But we’re not just looking at the brand here, as the .300 magnum puts a lot of impressive numbers on the board. Combine that with the plethora of other features, and you can see why the .300 Winny holds a special place in many hunters’ hearts. 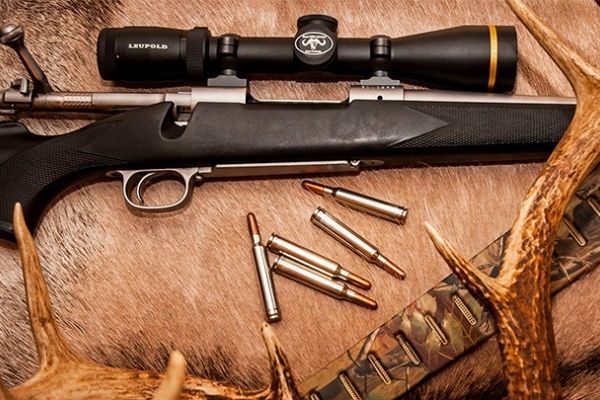 After seeing the success of the .300 Winchester, many other gun manufacturers started chambering their rifles in the same caliber. This resulted in a wide variety of rifles that can use the .300 cartridge, making it one of the most-available cartridges ever.

If you’re looking for a .300 Win Mag, you’ll have a lot of choices. Compared to the other .30s, the .300 WM is one of the more affordable options on the market.

The .300 Winchester makes every shot count with a 24 to 26-inch tube. Unlike Ultras and Weatherbys (that need around 26 to 28 inches or more), the .300 Winchester boasts a generous output with a compact package.

The .300 Winny can fire a bullet at supersonic speeds beyond 1200 yards, making it effective for long-range shooting, while losing none of the penetrating power. Compared to the 30-06s the .300 Winchester can launch a 180 slug at 3100 fps, about 25% flatter.

Ammo Will Never Be A Problem

As a.30 caliber, using a .300 WM means that you’ll have a lot of options that you can choose to customize your rifle for any kind of use.

The .300 Winchester has an array of bullet types and weights that can suit whichever game you’re hunting, and the availability of ammunition means you’ll never run out of bullets. For frequent travelers, using a .300 means you’ll always have access to the right ammunition.

Let’s talk ballistics for a second.

The .300 is one of the most accurate long-range rifles out there, both for hunters and professional shooters alike. It’s used in the 1000-yard competition at Camp Perry, which is THE place for the best shooters in the world to compete.

The .300 Winchester cartridges have a generous powder charge with bullets that are packed with a ton of energy once they leave the muzzle. That much power with that kind of bullet design means that the .300 is more accurate than most hunting rifles out there.

The .300 WM can shoot a slug at about 2850fps at 500 yards and still secure an ethical kill without you having to compensate for distance. That’s a little over 2000ft-lbs of energy, capable of taking down moose and other big game animals.

The .300 Winchester is more powerful, more accurate, and cheaper compared to many high-velocity rifles out there, besides being one of the most versatile hunting guns available right now. All of this makes it an excellent choice for any beginners and experts alike.

My Recommendations For Bullets, Powders, And Reloading

It can be a little difficult for the beginner to choose a configuration that works for them. Having owned and shot a few Magnums myself, here are some tips on how to make this one-shot wonder work twice as well for you.

Stay within the 165 to 200-grain range. The .300 Winchester performs better with heavier slugs since the added weight can help it maintain a straight trajectory for longer ranges. While that diminishes once you push 190 for slugs, the taller powder column is more than enough to compensate.

Most experienced hunters use 180-grain tips for hunting and the 190 grain Sierra HPBT Matchking for punching through paper.

Slower burning powders that can fill up the case works well with .300 WM cartridges, for a heavier kick that travels for longer distances. While you need to work near maximum charge weights for heavier cases, doing this right can net you a much better performance from your rifle.

Because of the thinner neck of the .300 Winchester, you need to pay close attention when seating the bullet. Always make sure that the bullet seating surface doesn’t drop below the top of the neck, seating it to a length that fits into your magazine, with the slug not touching the rifling of the barrel.

Nosler’s 180-grain Protected Point Partition is tailored for .300 Winchester magazines, so you can look into this when reloading.

On Using Your Own Configurations

One of the best things about the .300 Winchester is the freedom to experiment with your own configurations. Just remember to always consult official manuals or the manufacturer’s website before making any changes.

There’s a lot of information floating around, and it’s worth taking your time going through all of it. When you’re making your own changes, you want to stay on the very edges of pushing what your .300 can do, so don’t be too hasty and jump to extreme loads based on what you read in forums online.

The .300 Winchester is a great choice for hunters who want a cheaper, more convenient, and accessible gun that can shoot with magnum-caliber performance. It’s light, maneuverable, and versatile! Whether you’re an experienced marksman or a beginner at shooting, you’ll find it a wonderful addition to your collection.