Trophy hunting is a hotly debated topic in the conservation world. On one side, many argue that it helps to provide funding for conservation efforts and provides incentives to protect wildlife populations. On the other side are those who believe that trophy hunting disrupts animal behavior and hinders population recovery efforts. It can be challenging to know how best to feel about trophy hunting if you don’t have all of the information available! In this blog post, we will explore both sides of the argument surrounding trophy hunting and try to reach an educated conclusion on whether or not it is suitable for conservation.

What is Considered Trophy Hunting?

Trophy hunting is the intentional killing of an animal for the head, hide, or another part. The animals hunted most often are large mammals such as elephants and lions that have a high economic value to trophy hunters because they live in remote areas and can be challenging to find. The most popular trophy hunt includes large animals like the African elephant, Cape buffalo, and white rhinoceros.The animal’s body is not used for its meat or other parts, but instead, the hunter seeks out these large animals to kill them solely because they are “beautiful.” The hunters do this with high-powered rifles from a long distance to have time to take accurate shots at the animal.

What is the Purpose of Trophy Hunting?

The purpose of a trophy hunt is to kill the animal purely for sport. The hunters also participate in trophy hunting to provide a valuable part of wildlife, or “the ecology,” that is not protected by any other means and often live in remote areas away from human populations.The animals hunted most are large mammals such as elephants, lions, cheetahs, leopards, and chimpanzees. Many people feel that trophy hunting is an unacceptable form of hunting due to killing an animal for sport.

Hunters are now more than ever using expensive, high-powered weapons to shoot animals from a long distance away to have time enough to take accurate shots at the prey. This is unlike traditional hunting used before guns were invented and relied on stalking or following the game until it became close enough to kill and intended for food purposes, not simply killing for fun.

Another argument against trophy hunting is that it encourages people to hunt the rarest animals globally, eventually leading them to extinction. It also affects the animal population and what these hunters take home with them as trophies are often extensive parts of their body, such as a rhino’s horns or an elephant’s tusk, or even a lion’s mane.

Is Trophy hunting legal in the US?

Trophy hunting in the United States is legal and is regulated by the laws of each state. So, it’s essential to know your local hunting regulations before going into a hunt, as some states have outlawed trophy hunts for certain animal types.

It is not uncommon for a trophy hunter to spend quite a lot of money on their hunts. This is due to the cost of equipment, traveling expenses, and hunting licenses, which can be costly in themselves depending on what state you are in or if it’s your first time doing such an activity. 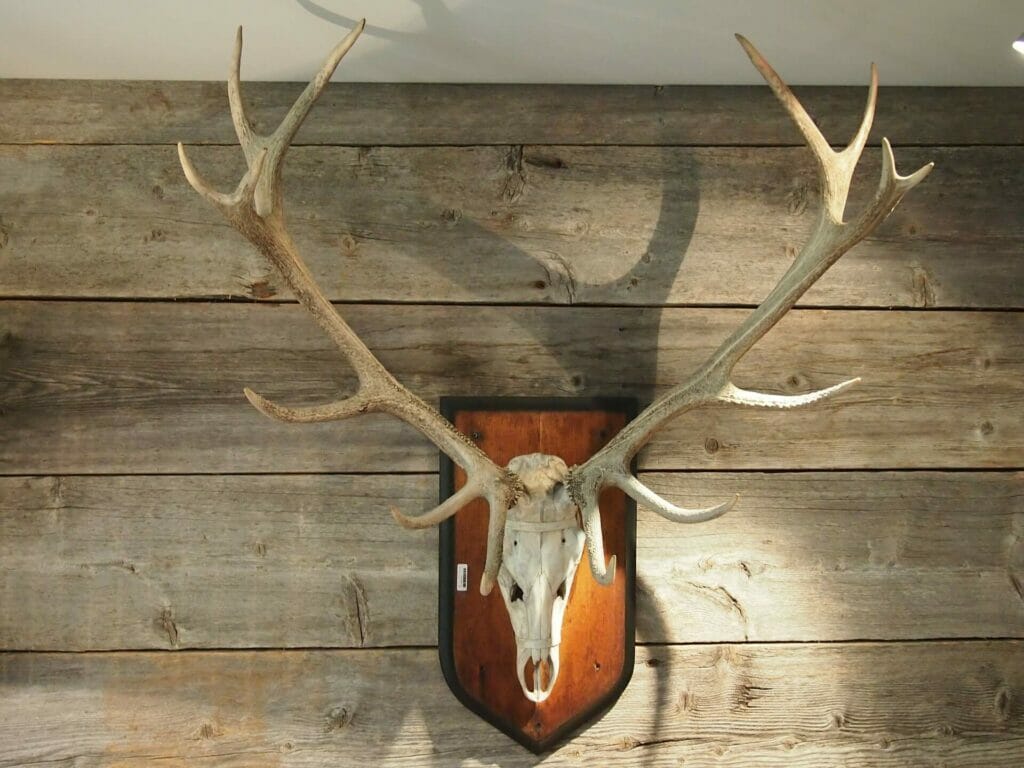 Some of the states that allow for trophy hunting include Alaska, Arizona, Arkansas, California, Colorado, Florida (except for the Everglades), Georgia (excluding alligators and crocodiles), Idaho (with a permit from the State Department of Fish and Game), Kansas (to hunt deer in certain areas except those where there is high wolf or coyote populations.

In Alaska, the most prominent trophy hunt consists of hunting for bears. Bears are hunted by the individual who is after their hide, skull, and paws. Other animals that can be hunted in Alaska and what they’re used for include: moose (hides), caribou, wolves (fur), coyotes (coat), porcupines(quills), lynx (hide).

In Arizona, the giant trophy hunt consists of hunting for deer. Deer are hunted by the individual who is after their hide, skull, and antlers. Other animals that can be hunted in Arizona and what they’re used for include: elk (hides), black bears (hides), bobcats/lynx (fur) javelina pigs(quills).

In Arkansas, trophy hunting consists of hunting for the following animals: deer, elk, wild turkey, and coyotes. The hunter is looking for each animal’s following: hide, skull, and antlers or fur.Hunting in Arkansas does not provide any other animals that hunters can hunt to eat like other states.

In California, trophy hunting consists of hunting for game that includes but is not limited to the following animals: deer, bear (black), mountain lion, and wild pigs. The hunter is looking for each animal’s following: hides, skulls, and antlers or fur.Hunters can also hunt game in California to eat like other states as well including but not limited to elk, black bears, coyotes, and javelina pigs.

These are only just a few states that allow for trophy hunting there are even more that we have not listed above.

The Pros To Trophy Hunting

The biggest pros to trophy hunting include providing jobs for locals and generating revenue and conservation. The first two pros are the ones that seem to be most discussed when debating if trophy hunting is good or not because they do provide some benefit to society as a whole, but there has been little evidence of how much it helps with conservation efforts.

The Cons of Trophy Hunting

The Cons of trophy hunting include but are not limited to: animal cruelty, trophy hunting makes animals extinct, and the argument of one man’s trash is another man’s treasure.

Killing an animal for a trophy shows that you are cruel and brings to light how selfish some people can be when they don’t think about what their actions may cause others to go through.

So is trophy hunting bad or good?

Trophy hunting gets a bad rap for the reason of killing something. But there’s more to the cause, as if trophy hunting is good for conservation efforts.

We will let you make your determination on whether trophy hunting is a good thing or not.