Grizzlies are one of the most fearsome land predators in the world! It takes the right tools, well-honed skills, and a little bit of luck to hunt one of these majestic beasts.

In this article, we’re going to take a look at the world record for grizzly bear hunts. We’re going to find out how these hunters set the record, and what you can learn from their achievements.

A quick caveat: you should never take grizzlies lightly! While they may appear slow and cumbersome, they have amazing speed and power. Most recorded observations of grizzlies can have them running up to 30 miles an hour – so if you think you can outrun these beasts, you’re dead wrong.

What Were The Largest Grizzlies Ever Hunted?

There are three organizations in charge of keeping the records of the biggest grizzlies ever taken down. The way they categorize these bear hunts differ, which results in three different record-holders.

If you want to hunt the biggest brown bears, it’s helpful to look at how other hunters have done it. Here are the biggest grizzly hunts ever recorded! 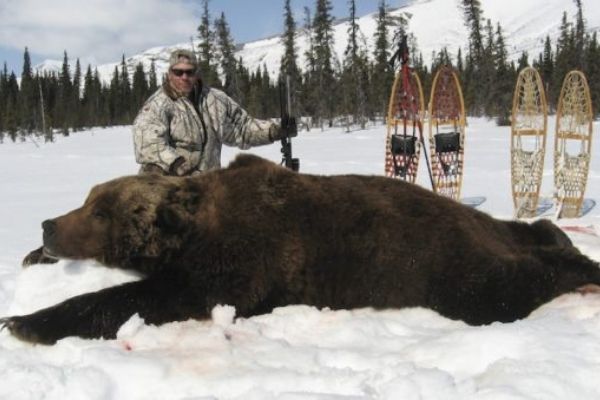 While it’s technically not the record holder for the biggest grizzly ever (the largest one belonged to an already dead grizzly), this is the biggest bear that was taken down by a hunter that’s ever been recorded. Shane Swiderski tracked this bear near the rivers of Alaska, coming close to 70 yards without being noticed.

Grizzly bears are known for their keen sense of smell, but a clever hunter can use their surroundings and the direction of the wind to secure a clean shot. That’s what Shane did! He got right up close to this giant beast before taking it down with his rifle.

Grizzly bears are extremely difficult to take down with a bow since their sheer size and body mass. But with the right knowledge of a bear’s weak points, a powerful bow, and years of experience, Rodney Debias took down an absolute behemoth!

Rodney’s prey showed up in the middle of his hunt for another grizzly. He and his guide spent eight full days tracking it through the Alaskan winter before they had a too-close encounter about 10 yards away. When it moved farther away after narrowly missing their scent, Rodney shot an arrow straight to its chest and secured his record.

Where: South of Sleetmute, Alaska

The best way to hunt a bear is when they’re occupied with something else – which is how Robert Steed found his grizzly one early spring morning. The bear was feeding on a moose carcass, which Robert and his guide carefully walked around to get his shot.

Robert ended up firing several shots to bring the mammoth bear down. Biologists estimate it to be one of the biggest bears ever hunted in Alaska, being at least 20 years old, with over 9 square feet of hide.

What You Can Learn From These Hunts

While these hunters may have used different methods to hunt their bears, there are a few key lessons that any aspiring hunter can take from them. 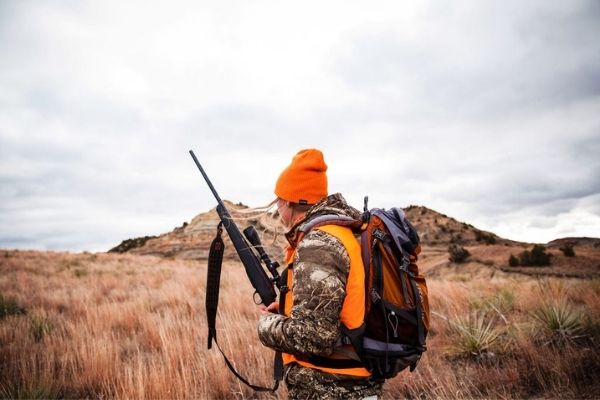 It’s important for any grizzly hunter to never underestimate the power of these animals. They’ve evolved to be one of the most effective predators in nature, and you’re hunting in their home turf! A poorly prepared hunt can be fatal.

We hope you’ve enjoyed our brief overview of the biggest grizzly bears ever hunted. If you’re looking for your own grizzly tale, make sure you keep your wits about you – this fierce and majestic animal should never be underestimated. Follow the advice of seasoned veterans, and you might be able to challenge the record yourself!